40 hadith about Ramadan with commentary

Wasiyyah of Abu Hanifah about knowledge

Wasiyyah of Abu Hanifah about belief

Virtues of the companions 40 hadith with commentary

40 hadith about knowledge with commentary

Email ThisBlogThis!Share to TwitterShare to FacebookShare to Pinterest
Labels: Books 2020 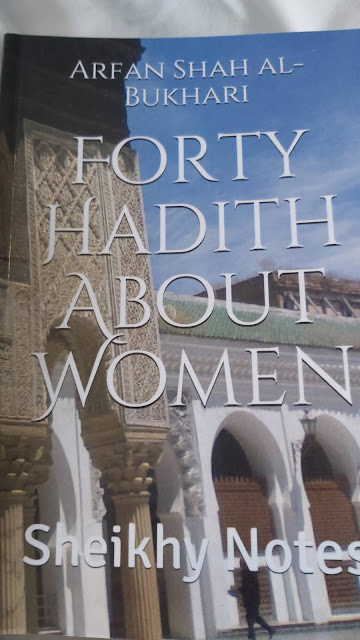 This hadith compilation attempts to answer the most important questions women have about hadith. There are so many hadith that we could have added but here we wanted to add specific ones to clarify certain points that are commonly misunderstood. We compiled the hadith in 2015 and finally this year have we added commentary to complete the text. This text should not be used to chastise men. Rather, it should be used for us to look again at hadith, realise the intricacies in them, and understand them more clearly. I have also added articles from Sheikhy Notes that are about women.

This book should not be missed by feminists! 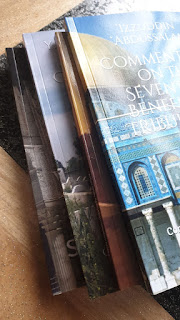 Email ThisBlogThis!Share to TwitterShare to FacebookShare to Pinterest
Labels: 40 hadith on women, translation 2019

Please click here to purchase paperback or here for kindle
Posted by Sh. Arfan Shah at 08:53 No comments:

Email ThisBlogThis!Share to TwitterShare to FacebookShare to Pinterest
Labels: Al-Hikam Al-Shadhaliyyah / Shadhali Wisdoms
Older Posts Home
Subscribe to: Posts (Atom)
Salam Alikum
Welcome to the new blog by the owner of Sheikhy Notes. Here our aim to is collate all the translations and other texts that the author has been blessed to work on. These are unreleased texts that were earmarketed for publication but for one reason or another did not make it. There are other translations done exclusively for the website.
Any comments are welcome and please enjoy the site. We hope to add everything here and do not forget to check out sheikhynotes.blogspot.co.uk when you get the chance.
Please know that all the texts on here are copyright please do not copy them onto a website without permission or without linking to here.

Sh. Arfan Shah
Don't be angry at the waves of the sea, as there are several waiting to follow it up. Almost never ending but one day it will end.